Employers have made holidays awful

Lying in our caravan, “Mr Teal”, in a scenic part of New Zealand starting my work day, I was reading about the stress of taking vacations. This made me realise how much we at Teal Unicorn (TU) live the future, and how much you Friedmanist* employers deliberately make vacations awful. 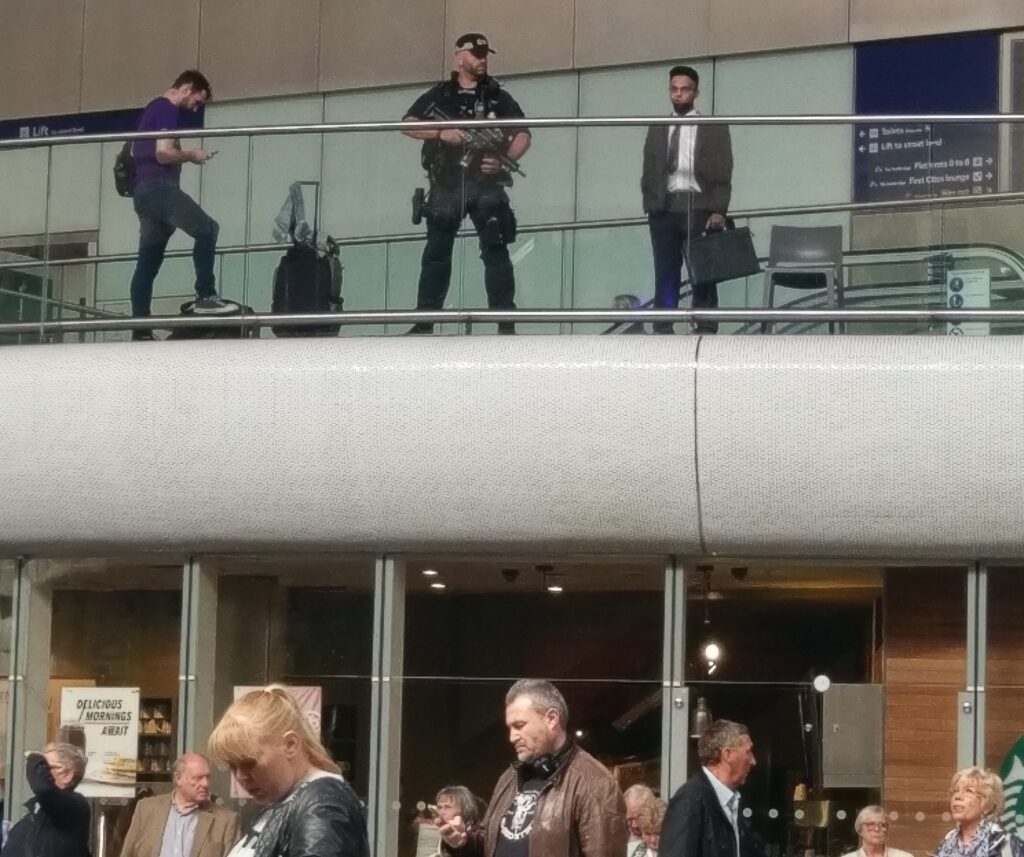 If you see your staff through a shareholder-capitalist lens as a cost centre from which you must maximise extracted value, then holidays are resented and begrudged.
You make it hard to schedule them. They have to go through bureaucracy and comply with rules. You reserve the right to refuse, and you limit them to the minimum number of weeks a year you can get them to agree to. I had a vendor employer who forbid them in the last week of the quarter and and the last quarter of the year. That’s 15 weeks blacked out.
You don’t have enough capacity to cover them. So employees feel bad for disrupting the system and overloading colleagues. You make it feel like it’s their fault for going; and make it hurt when they come back to a load of waiting work that got broken while they were away. They don’t dare be away for long, for fear of what they will come back to. They don’t go often, so every day of holiday matters, planned to the hour to maximise the experience.
Most of all, you don’t encourage vacations. You gaslight and propagandise to make people believe vacations are a privilege and an indulgence, decadent and wasteful, a sign of weakness and selfishness. Places like the USA and Japan are the pinnacle of this, where the “work ethic” has become this toxic religion to keep the workers slaving. Of course vacations are stressful when employers make it that way. You don’t want staff taking them. 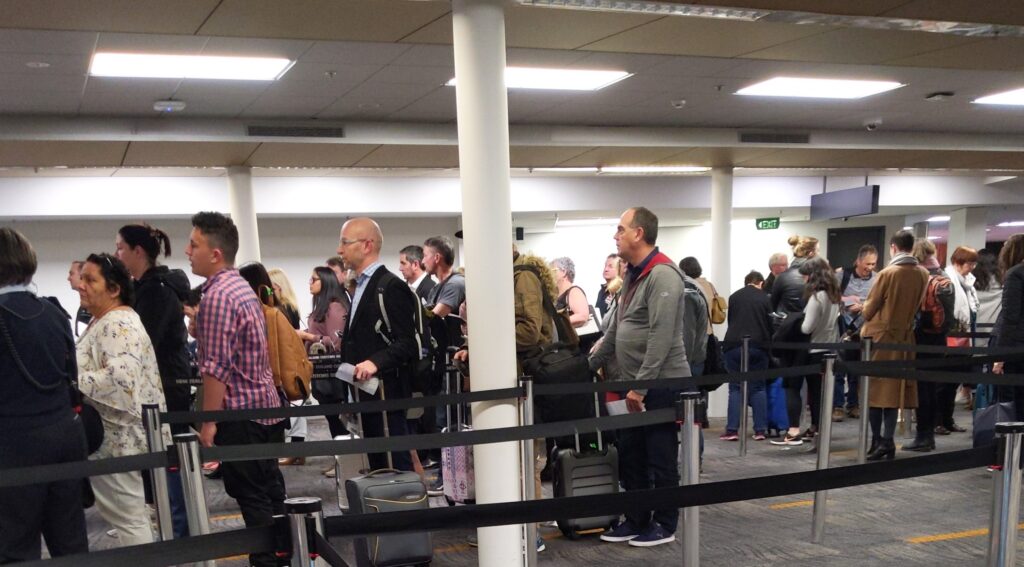 Around the world, some employers are waking up to the failure of Friedmanism. They realise that you have treated staff like a commodity, to be thrown overboard in hard times and overworked in good times. As a result, loyalty is dead because you showed none. You’ve cut staff training budgets, and dropped having apprentices, paid interns, and graduates intakes. And now you lament you can’t find or retain people. Well, duh.
Worse, productivity falls amongst the remaining staff, especially quality, creativity, and innovation. You can’t make knowledge workers do good work – you can only invite them. And you haven’t. You’ve treated them like factory workers: paid by the hour, not to be trusted, incented by stick and carrot, manipulated by behavioural tricks like trained dogs, managed by numbers. Now your organisations are moribund: understaffed, unmotivated, unproductive. The only way you make money is by sweating the assets you have left, milking the customers of your monopolies, soaking up government money, or avoiding the tax you owe society.

Conventional employers are victims of your own propaganda, your own system you created. The only way forward you can see is to petulantly demand staff get back in the office, to set KPIs based on more money for you not what’s actually possible, to use the fear of firing as a motivator (and create societies where loss of jobs means loss of healthcare, home, and education for children, to triple the fear factor), to fight everyone else for vanishing staff and market instead of growing the pie.
Smart employers see the way forward is to regard people as the fabric of the organisation, the reason for its existence, the only means to its success. They see themselves as part of a network of value inside and outside the organisation, and therefore as a part of a community which expects them to have admirable values. To create an adaptive creative organisation in the 21st Century, you must inspire, motivate, and invite the people you work alongside to willingly and proudly give their best. Most of all, the future’s employers see employees as fellow humanity, not wetware machines. Treating staff as humans is not just the optimum way forward, it is the decent thing to do.

At Teal Unicorn, we take about six vacations a year, varying from a month away to a few days in a B&B. We travel overseas for work and play while we are there, or travel domestically for recreation and work while away. We work and play simultaneously, thanks to remote working. We are only two people, so we keep the wheels turning metaphorically at work and literally on the road at the same time. We do totally disconnect at a cabin in the mountains once a year, but even then we pop out every few days to get food and do email.
We don’t need weeks of relief from work because (a) we love our work and (b) we can be together at work and (c) work and play are intermingled. We don’t get worn down. This is the future: where employers create an environment at work that is as enjoyable as possible, that accommodates rest and recreation, that encourages it as a necessity to nurture our people.
People aren’t an asset and you don’t own them. The asset is the capability to create value. You rent space for it from people. It’s in your interest to nurture and grow it. 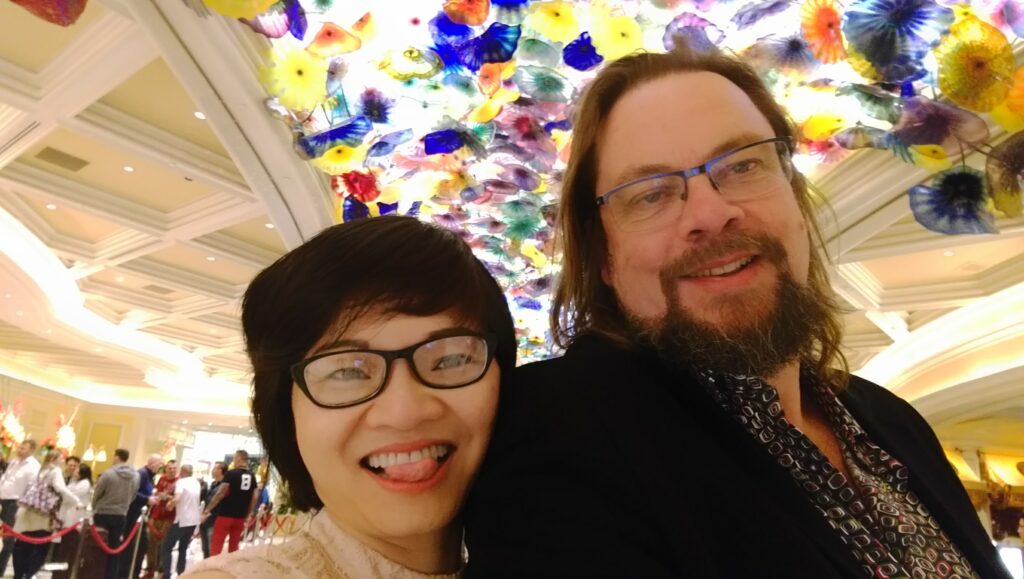 __________
*Capitalism ain’t the problem. Private versus state control of the means of production isn’t the issue. Those wanting to fix this problem must stop trying to tear down the engine of prosperity, which has transformed the lives of the average citizen globally for the first time in history. Unrestrained capitalism is the problem, the kind of robber baron oligarchy that runs the USA or feudal class system that runs the UK: capitalism that serves only the shareholder, a.k.a. Friedmanism. In many other countries, including mine, socialist capitalism is made to serve the stakeholders of the democratic society. There is a mix of state and private control of production, mostly private. The state focuses on redistributing wealth and protecting rights to ensure social welfare for all. Judge a society by how it treats its weakest members. (Judge the claims to be a religious nation on the same basis). The model for how this can work is out in plain sight, from Norway to New Zealand. And yet so many refuse to see.