Do your head in

There are ideas that, when we first meet them, they “do our head in”: they mess with our head, they are a mindfuck. And yet, once we logically unpack the idea, it makes perfect sense, even though when we first heard it intuitively our mind rebelled, rejected it as crazy. 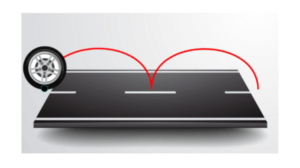 Almost the entire weight of a tree’s structure (other than water) comes from the air not the soil. It breathes water from the ground, and eats gas from the air. The soil it is in will last almost indefinitely.

Japanese streets have no names. Instead, the spaces between the streets, the blocks, are used as the address. A street is just a space between blocks.  People live in a block, not a street.

The more accurately you measure a coastline, the longer it gets, with no limit, no asymptote.  It goes to infinity.

The Māori people see the past before them and the future behind them. You can’t see the future coming but you can see what has passed.

Some cultures don’t distinguish between green and blue.   They are just different shades of the same colour.

Polynesian navigator Tupaia drew a map of the Pacific for James Cook that may have placed North at the centre and be read radially.

The better ways of thinking, working, and managing do this to us too.  You need to take a bit of time to unpack the ideas, to see they make sense.