I’m moving all the news about Teal Unicorn to our newsletter, so please sign up for that to keep up with us.

In July, I got quite political (again).  This post grew into quite a manifesto

Employees assess themselves and set their own pay

…And I wrote some other diatribes:

Work will find its own level

For all the debate over work from home, or work from anywhere, or hybrid work, or return to the office because the Emperor of Mars says so, none of us – not even Elon Must – will control what happens.

People bring a lot more than processing power to the job. We aren’t wet robots. We contribute to a working community, not a production machine.

A client is concerned at the number of people who move out of the organisation instead of moving within.

If companies were less insular (or as we would say up here in the south: weren’t up their own arses) recruiting would be easier.

Religion in the workplace is such a delicate and nuanced topic. [So I stomped in]

To recap what I’ve written elsewhere about social change, and specifically how capitalism isn’t the problem.

…Of course there was some philosophy of work:

Only some unintended consequences are foreseeable, and none are predictable.

Our radical view of the future

People (and organisations) are so wedded to predictability. No other area generates so much push back for the ideas in our S&T Happens book than the concept that we have zero information about what will happen next.

The world is advancing to higher ethical levels (despite regular evidence to the contrary). Young generations and rising middle classes are not going to stand for past behaviours from organisations. Environmental, social, and governance (ESG) issues are becoming threats to companies. Integrity is becoming an essential element of organisational resilience. Building organisational integrity is a strategic response by governance to ethical challenges and risks. Integrity, governance, ethics, and risk are intertwined.

….There were a few more practical posts too:

This is a really good artefact from the book Sooner Safer Happier, that we will use.

At Teal Unicorn, we have had a lot of success with a workshop to produce a Shu-Ha-Ri profile of a team, which unlocks higher performance, better results, and happier people.

I’m a huge fan of the general principle of picking your moment for a learning opportunity or a suggestion.

Finally, I reflected on our two months in Vietnam:

If I were to sum up Vietnam in one word, it would be prosperity. 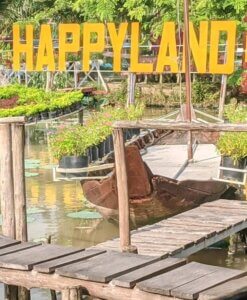